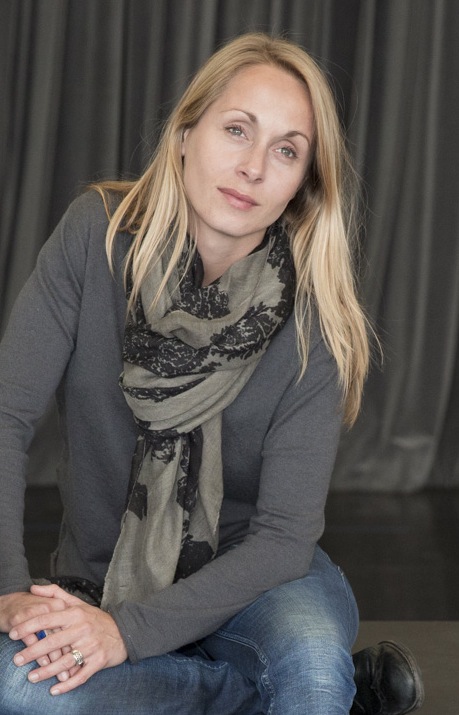 Marie-Eve Signeyrole holds a BA in Modern Literature from the Sorbonne and an MA in cinema from the Institut International de l’Image. From the beginning, her career as director followed two distinct paths: film and the theatre stage.

In May 2012, her first opera staging, Janáček’s The Cunning Little Vixen, was presented at the National Opera de Montpellier. Other work include Bernstein’s Mass for Radio France and L’Affaire Tailleferre for the Opéra-Théâtre de Limoges.

In July 2015, she directed The Monster in the Maze, a creation by Jonathan Dove, conducted by Sir Simon Rattle, at the Festival d’Aix-en-Provence. The production received much acclaim and has since been revived at Opéra de Lille, the Philharmonie in Paris, the Gulbenkian Foundation in Lisbon and the Opéra National de Montpellier.

As a librettist, Ms Signeyrole has created music theatre productions, using different musical genres and bringing together professionals and amateurs, such as Sex’y at Opéra national de Paris last season and La Soupe Pop for Opéra national de Montpellier in 2016/17.

Highlights in the season 2020/2021 include Camille Saint-Saëns’ Samson et Dalila for the Opéra national du Rhin as well as Frédégonde for Theater Dortmund, a new production of Turandot for the Semperoper Dresden and an original work called Baby Doll, based on music by Beethoven and for which Ms Signeyrole has also written the libretto, for the Orchestre de chambre de Paris in co-production with the Deutsche Oper Berlin, Auditorium de Lyon, Arsenal de Metz, Opéra de Montpellier, Opéra de Rouen and the Gulbenkian Foundation.

Ms Signeyrole has written and staged the musical 14+18 at the Opéra National de Paris, during ‘Ten Months of School and Opera’, an educational partnership with the opera companies of Nancy, Montpellier and Limoges. She has taken part in the Académie Européenne de Musique at the Festival d’Aix-en Provence as author and stage director.